Preparations are being made to pursue a class action lawsuit against the NSW Police Force over their practice of conducting unlawful strip searches.

Whilst ‘regular’ strip searches are certainly embarrassing and demeaning, internal body cavity searches can be downright humiliating and cause a lasting psychological impact – especially on children and those who have previously been sexually assaulted.

Here’s a thumbnail sketch of the rules relating to body cavity searches.

Internal searches are classified as an ‘intimate forensic procedure’ and cannot be undertaken by law enforcement as part of a strip search or other bodily search.

Generally, an internal search of a body cavity does not include a person’s mouth, which can be visually observed as part of a personal search.

Police can only search your bodily cavities with your consent or after they have obtained a court order authorising the search.

This applies even if you are under arrest.

Police may be able to intervene if they observe you attempting to swallow or insert drugs into a body cavity that may be harmful to ingest. This is done to prevent self-harm and is not considered ‘a search’.

Generally, you should not feel compelled to consent to an internal search by police unless a warrant has been issued.

Broader powers for internal searches exist for customs officers who wish to detain and search a person who they suspect on reasonable grounds is unlawfully internally carrying prohibited goods such as illicit drugs.

Customs officers can carry out an internal non-medical scan using ‘prescribed equipment’ if a person consents or if a court order is granted allowing the internal ‘scan’.

If consent is not granted or if an internal non-medical scan indicates the presence of an internally secreted prohibited good, senior members of Customs or a member of law enforcement can apply to a judicial officer have a person detained for a further search.

NSW Corrections officers have a number of procedures relating to searching inmates for contraband.

Correctional officers must not internally search an inmate for contraband. However, if an officer suspects that an inmate is attempting to conceal contraband internally the officer may use necessary force to restrain the inmate’s hands to prevent the concealment.

If an inmate is suspected of internally secreting contraband, correctional officers must arrange for the inmate to be clinically assessed to determine possible threats to their health.

An inmate suspected of internally secreting contraband may be held in a ‘dry cell’ (without toilet or running water) pending a clinical assessment.

A medical practitioner may remove internally secreted contraband if it poses an immediate risk to health, with consent or following a court order granting its removal. An X-ray or other medical imaging procedure may be performed to detect the presence of contraband. 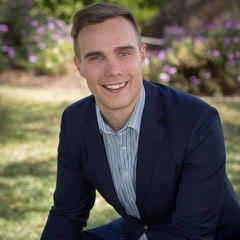